Was Thalidomide a NAZI invention..PROBABLY!

Gruenenthal patented Thalidomide in the mid-1950s.
Investigations in the past two years have confirmed that the German brand-name - Contergan - was owned by the French pharma-company, Rhone-Poulenc, during the early 1940s, when it was really under Nazi control.
It's also now becoming clear that Gruenenthal was part of a post-war network of German scientists and businessmen who had played leading roles during the Nazi era.
Immediately after the war, for example, Gruenenthal employed Dr Heinrich Mueckter as chief scientist, who was sought in Poland on charges of war crimes after conducting medical experiments in prison camps, during which hundreds of prisoners may have died.
It is estimated that, in Germany alone, 10,000 babies were born affected by Thalidomide. Many were too damaged to survive for long.


Campaigns for higher compensation are gaining support - in Germany and elsewhere but progress has been slow, that could change dramatically, if proof is found that it was not Chemie Gruenenthal which discovered Thalidomide, as has always been claimed, but scientists working for the Nazi regime.


Martin Johnson, director of the UK Thalidomide Trust says: "Although, at this stage, we cannot prove that Thalidomide was definitely developed and tested in prison camps by the Nazis, there is overwhelming circumstantial evidence that it was tested as part of their search for an antidote to nerve gas." 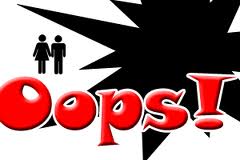 "VE MADE DIS MISTAKE"  NINE, IT IS NOT POSSIBLE!