PHARMACEUTICALS TO CONTINUE TO BE GIVEN
SPECIAL TREATMENT
"This government bowls no balls"
HEALTH experts are furious that the federal government seems poised to ignore the most significant recommendations from several long-running reviews that were meant to give Australia's drug regulator more teeth, with some describing the outcome as outrageous.
Parliamentary Secretary for Health and Ageing Catherine King today abruptly brought forward a scheduled announcement of the government's response to the reviews, which was to have been held on Monday, to later this afternoon.
Her decision came after an email containing an outline of the response was yesterday sent in error to more than a dozen people.
The government's response, which is now expected to be made public at 4pm (AEDT), is understood to reject a number of recommendations that had been painstakingly agreed over a period of months by working groups representing industry, consumer and health professionals.
One of the recommendations that sources say the government has rejected is a requirement for manufacturers to stipulate which of the voluntary codes of conduct now in existence they agree to be bound by.


They were also seeking Therapeutic Goods Administration permission to market the product.
Apparently this is also to be dumped!

This Regulator is set to fail 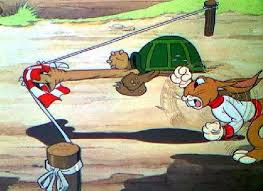