Thousands of police complain in the wake of the London riots.

Officers were contacted and some 8,500 officers wrote back with a list of complaints, 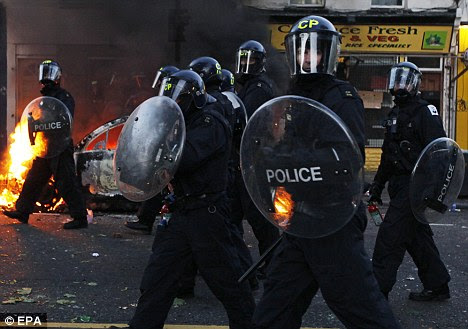 Shift patterns were badly organised with many officers 'sitting around at stations watching events unfold on Sky News' without be deployed.
One officer said: 'Deployments and senior leadership was found wanting. Far too much time was spent sitting around in areas where nothing was happening and not being allowed to go where things were happening.'
'The widespread feeling is that we were held in reserve unnecessarily and some colleagues were at the mercy of rioters.'
More than 400 officers said their extendable batons were poor and complained they were 'dangerous and unworkable'. Some said they collapsed after one strike and others said normal batons 'snapped in half' when used.
Shields were also a topic of complaint with 216 saying they were in short supply and broke too easily, while helmets 'steamed up'.
Twenty two officers said their radios didn't work during the disturbances.
One said: 'Shockingly poor signal - radios do not work, which resulted in two officer sat outside an address on a firearms call with neither officers radio working'.
Other gripes included school buses and old mini buses used to transport officers rather than riot vans, which were in short supply, with one stating: 'The vans are falling apart.' 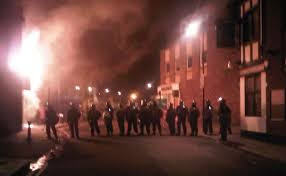 WHY ARE WE WAITING
GOOD DISCIPLINE OR NO LEADERSHIP!