The family of a man who died in a three-in-the-bed sex romp have won $3million in damages against a doctor who failed to warn him about this type of extreme physical activity.
William Martinez, 31, suffered a fatal heart attack caused by the excitement and physical activity with a woman and another man.

The married father-of-two died a day before he was due to have a heart stress test, perhaps this was truly a hell of a stress test, or of course maybe he performed this test often and thought nothing of it. 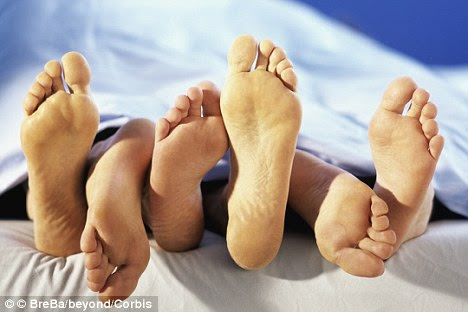 Too much: William Martinez died during a three-in-the-bed sex romp with a woman and another man the day before he was supposed to have a stress test
A court in Georgia, heard that the woman involved in the sex romp was not his wife, the man's relationship is not known.
Lawyers representing the estate Martinez filed a medical malpractice suit against Dr Sreenivasalu Gangasani.

Lawyers Rod Edmond and Tricia Hoffler told a jury Martinez had called at the CardiVascular Group in Lawrenceville after experiencing a pain his chest that shot up his arm.

The doctor's imagination apparently did not stretch to a hectic romp such as this, so he has to pay up.