I COULD NOT BELIEVE THIS STORY
What is the world coming to!

Pavarotti lookalike refused bank card because his face has been copyrighted. 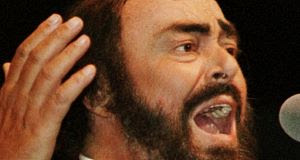 Colin Miller has been working as a double for Pavarotti for more than 20 years but he was stunned that his bank card application was rejected just because he resembles the singer.
He said: “I spoke to the staff at my bank who said they didn’t know why I was refused and could only assume it is because of who I look like.
“But I can’t help who I look like. I don’t try to look like Pavarotti, I have had no cosmetic surgery and I don’t try to do things to myself to look like him. I am being penalised for looking how I do."
The card was refused due to the copyright on Pavarotti's face.
at August 15, 2012