WHY NOT BE BLUE...IT PAYS TO BE BLUE

THIS GIVES THE BLUES ANOTHER MEANING

This is the story of a Spanish Village that Voted itself Blue and became "Smurftown."

For hundreds of years the smart houses of the tiny pueblo of Júzcar, near Malaga in the Spanish province of Andalusia, were whitewashed. There was nothing particularly remarkable about the village of 220 souls and it attracted just a few hundred tourists each year.Then in the spring of 2011, executives from Sony Pictures turned up. They were looking for one of the White Towns of Andalusia to be painted blue.

At first the villagers were incredulous but the executives maintained that the publicity stunt, created to mark the opening of The Smurfs movie (Los Pitufos in Spanish) would make the village stand out. Just a little. 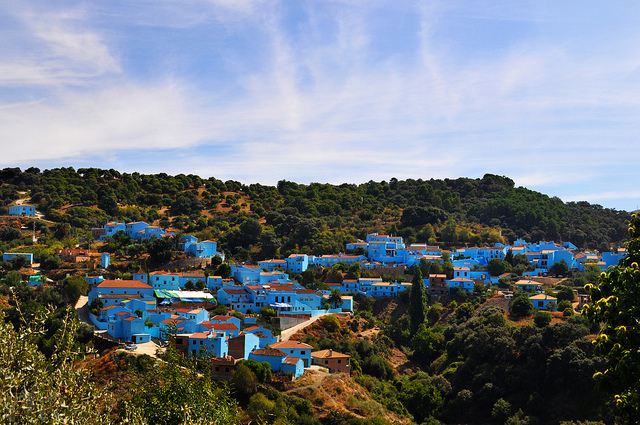 The villagers had little to lose and a wad of Sony’s cash to gain, so they held a meeting and voted unanimously to agree to Sony’s colorful request. After all, it was only for a short time and Sony promised to paint all the houses back to their original color. 1,100 gallons of vivid blue paint later, Júzcar became Smurftown. 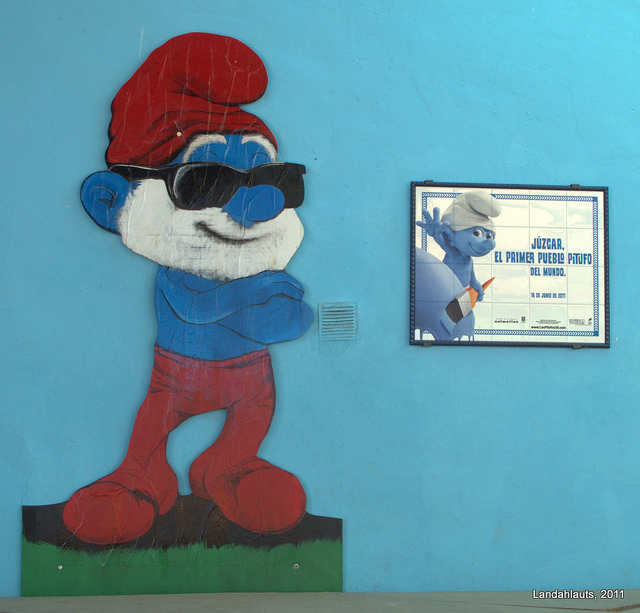 So guess what, another vote was taken and they decided to remain blue and it is paying of in a big way!