ISRAEL Threatens US of A with IRANIAN doomsday!

Binyamin Netanyahu holding bomb to US once again.
(Will the US jump to Israel's demands again)

Israel’s prime minister Binyamin Netanyahu fuels the fires of war as he illustrates his fears about Iran during an address to the United Nations general assembly in New York.
Israel's prime minister, Binyamin Netanyahu, has called on the international community to set a "clear, red line" to stop Iran making a nuclear weapon, because he knows that Israel cannot strike a blow without the US, he claimed that Iran would reach his red line as early as next spring.
It appears that he is trying to goad the US into war as early as possible.
He will not be successful because they are not in the mood to begin another war. No administration in Washington has a taste for another misadventure so soon.
Although the Israeli lobby in the US has a lot of clout and they appear to be able to wag the big dog, parties of all persuasion are not amused by Binyamin Netanyahu's latest antics.
Should Iran progress towards a nuclear capability it will be the US who decides what action it will take, not this obnoxious leader of another country who does not even know what the word diplomacy means.
America must be tired of being at the beckon call of Israel, and now because in the middle east times are a changing Israel may not remain such an important key to the future for the US in the area.
Netanyahu should learn the word diplomacy and begin to use it or...you never can for tell the future Binyamin, remember that! 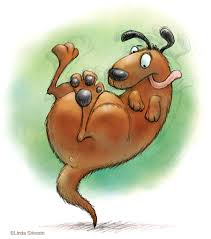 CAN THE TAIL STILL WAG THIS BIG DOG?