By order of Europe!! No more home made jam? Not in these jars!

Don't sell jam in re-used jars... Yes its true, by order of Europe

Home made jams, that are the backbone of church fetes, village fairs and jumble sales all around the country.

Thousands who regularly sell their home-made jam, marmalade or chutney in re-used jars may have to abandon their traditions after a warning that they are breaching European health and safety regulations.

Legal advisers to Britain’s Churches have sent out a circular saying that while people can use jars for jam at home or to give to family and friends, they cannot sell them or even give them away as raffle prizes at a public event.

What other Traditions are you Brit's about to loose because of EU meddling.
I believe there is some talk of banning the Union Jack because the colours are capable of causing stress to citizens of countries who fought you in past wars, now that's real forward thinking.

As for using the words RULE BRITANNIA in a song, well this is likely to be very distressing to some, so watch out, it could be banned soon. 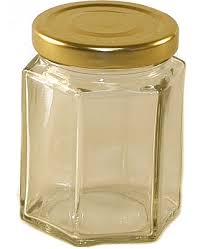