Economics Fact or Fiction. In 2012 look at the world. Smart or Dumb?

Dean Baker is a US macro-economist and co-founder of the Centre for Economic and Policy Research.
Article Edited by S W T Read

The wrecking of society
Economics is that what its called?

There is an old story from the heyday of the Soviet Union. Their May Day celebrations they were parading their latest weapon systems down the street in front of the Kremlin. There was a long column of their newest tanks, followed by a row of tractors pulling missiles. Behind these weapons were four pick-up trucks carrying older men in business suits waving to the crowds.

The Communist party boss turned to his defence secretary. He praised the tanks and missiles and then said that he didn't understand the men in business suits.

The defence secretary explained that these men were economists and "their destructive capacity is incredible".

Now I'm sure people across the world understand what the defence secretary meant.
The amount of damage being inflicted on countries around the world by bad economic policy is astounding. As a result of unemployment or underemployment, millions of people are seeing their lives ruined.
The current policies have led to trillions of dollars of lost output.

Bad policy
From an economic standpoint this loss is every bit as devastating as if it building had been destroyed by tanks or bombs or missiles.
Where has the smart economists led us, people have lost their lives, due to inadequate healthcare, food and shelter, or as a result of the depression associated with their grim economic fate.

United States, the countries of the European Union, or the countries elsewhere in the world that have been caught up in this downturn.
Millions of people should be lining up to enlist in the military, anxious to avenge this outrage.

No they aren't, why because there is no external enemy to blame.

The villains are the economists, still mostly men, in those same business suits. These are the men that sit quietly advising government, why because they are the experts?

This group tell governments around the world that less regulation is beneficial, well I'm not impressed with their so called expertise. 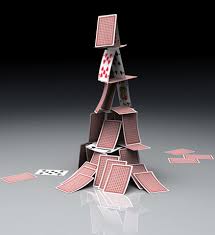