Former Scotland Yard boss Lord Blair has called on voters to boycott the elections for police and crime commissioners.
The Americanisation of top cops will make them jump when their political masters say jump.

The cross-bench peer said the new brand of political police bosses will not be able to properly represent the large areas they cover.
Politicians will be able to exert undue influence

He said the only way to stop their introduction is to boycott the ballot box when the poll takes place on November 15. The ‘American model’ will not work in Britain.

He warned that chief officers may be put off from mounting political investigations, such as the cash-for-honours affair, because they risk losing their jobs.
"This is just a very strange issue to come forward with at such a difficult time for the country"

‘I have never ever said this before but I actually hope people don’t vote because that’s the only way we’re going to stop this'.
‘I have always been someone who said vote, people have died going up beaches so you could vote, but this is not an appropriate system.’

The likelihood of someone with a police or similar background ever being appointed to these positions is highly unlikely, even though there may be many officers with a wide range of skills that are needed in the position. No instead we will have a politician of sorts.

Someone who has no understanding of policing but a high regard for the politics of power, someone who will do favours for the people that had the political clout to put him or her there.

YEP! YOU ALL WILL REALLY FIT IN
ANOTHER STAR ON THE FLAG WOULD FIT 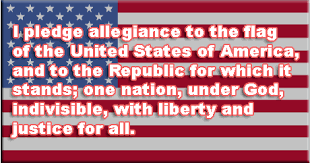