TONY ABBOTT Can't even read an Electricity bill...How could he run the country?

2+2=WHAT EVER YOU WANT?
SO SAYS THE FUTURE MANAGER OF AUSTRALIA

Tony Abbott was accused of misleading Parliament when it was disclosed that he can't even read a power bill correctly.

Yesterday, he claimed a Perth pensioner had suffered a massive hike in her power bill because of the carbon tax when in fact the woman had doubled her electricity usage.

Mr Abbott used question time yesterday afternoon to resume his attacks on the carbon tax, producing a bill from a woman from Perth whose latest bill had more than doubled, or so he said.

Scrutiny of the bill quickly and clearly shows that the resident used nearly twice as much electricity over the most recent period compared with the amount used in the previous one. 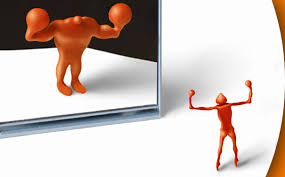 LYING, BENDING THE TRUTH, DUMB OR JUST EXAGGERATING?
We can tell who knows something about life when a person can't even read a power bill. Imagine Tony representing Australia at the G20  What a joke! Check the facts Tony the facts!
at October 11, 2012