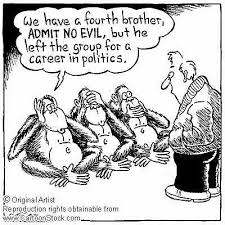 THE country's highest-ranked Catholic has refused to name and shame priests who admit to paedophilia during confessional in order to preserve the rite's sanctity.
Cardinal George Pell, yesterday welcomed the royal commission into child sexual abuse and said he would front the commission if called upon.
However, he also confirmed that priests who made paedophile admissions during confessional would not be handed over to police because "the Seal of Confession is inviolable".Then nothing changes, what a brake through!
The comments drew criticism from Premier Barry O'Farrell, a Catholic, yesterday who said he "struggled to understand, that if a priest confesses to another priest that he's been involved in paedophile activities that that information should not be brought to police".
Cardinal Pell instead, openly advised priests to avoid hearing confessions of sexual abuse from fellow priests. So if you think someone's a paedophile just don't listen, and then what?
"If the priest knows beforehand about such a situation, the priest should refuse to hear the confession," he said. So priests under these circumstances shouldn't report the person to the police?
"I would never hear the confession of a priest who's suspected of such a thing."said the Cardinal. Well Cardinal if you suspect someone of  paedophilia what action would you take. So you think not listening is the solution?
Surely by burying your head in the sand, in a way you condone this type of behaviour.
The damage to the church is ongoing and your statements about the press singling out the Catholic church are not helping. People in Australia are not stupid, your church has a shocking history with regard to paedophilia, why can't you admit that it has been handled badly.