CONDOM'S TO GO...No I don't want a doggy bag

By DAVID BAKER
EAT IN OR TAKE AWAY 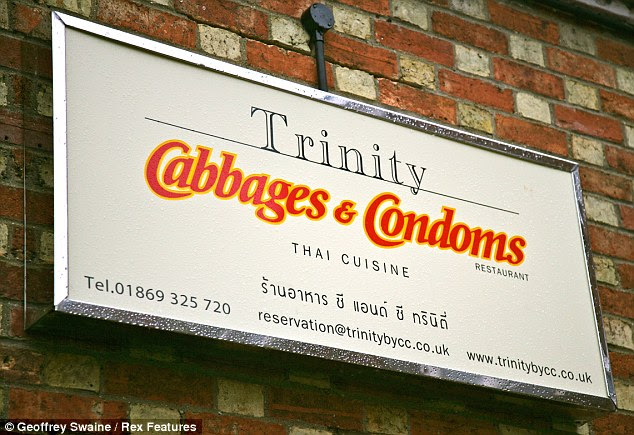 The name of the eatery refers to the idea that people should buy condoms alongside everyday mundane items such as cabbages.

Diners at the new restaurant will get the chance to sample traditional Thai food 'in a cosy atmosphere' before they are presented with the information on sexual health and even urged to buy some of its unusual condom-themed merchandise.And if the name wasn't strange enough it also comes with The slogan 'And remember, our food is guaranteed not to cause pregnancy.'
Among them are condom-themed mugs, keyrings and books and even a mascot made out of the contraceptive.
The strange but unique idea originated in the Thai capital of Bangkok where its restaurants even distribute condoms with the bill.
In some of them there are even statues made out of condoms while they also adorn walls and ceilings used as decoration.