Talk about bite your tongue for saying the wrong thing!

The 32-year-old TV repairman from Sendhwa, India reportedly insulted his wife, Hema, so frequently and severely that she recently left him, taking their daughter with her.
The man was so distraught that he tried to lick his abusive habit by cutting off the source: his tongue, according to the Hindustan Times.
Verma tried to reach out to his estranged wife with a note explaining that since it was his tongue that was responsible for his cruel words, he sliced it off.
Not word on whether his wife believed the reconciliation attempt was anything more than lip service, but he was admitted to a government hospital for treatment, and the medical officer informed local police officials about his personal dismemberment. 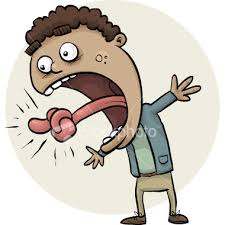