Big brother is watching you

By DAMIEN GAYLE
PUBLISHED: 17:20 GMT, 6 December 2012 | UPDATED: 18:20 GMT, 6 December 2012
The cable boxes of the future could be able to detect when viewers are cuddling on the sofa and automatically serve adverts for contraceptives.
U.S. cable provider Verizon has applied to patent a set-top box technology that can observe what's going on in the room and show viewers adverts based on what it detects.
In U.S. Patent Application 20120304206 the company suggests it could detect when people are 'cuddling' then show 'a commercial for a romantic getaway vacation, a commercial for a contraceptive, a commercial for flowers [...] etc.'. 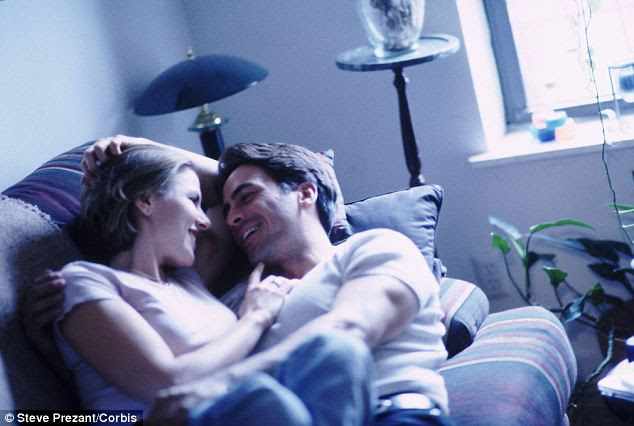 No privacy any more: A U.S. cable provider has applied to patent a set top box technology that contains sensors to work out what's happening in the room and serve adverts based on what it sees
The technology would integrate a range of sensors into their products, including thermal imaging cameras, microphones and motion sensors, to detect the mood their audience and tailor media content to suit.
Privacy campaigners called the new technology a 'privacy nightmare waiting around the corner' and called for it to be reined in 'before consumers lose control for good'.
It has disturbing echoes of George Orwell's dystopia 1984, where the population were constantly watched by authorities through cameras integrated in their television screens.