CATHOLIC CHURCH "TREATED ITS OWN PAEDOPHILES" NO POLICE PLEASE!

This type of story continues to appear, it gives us some idea of the thinking within the church its self.
THE Catholic Church's little-known treatment clinic for clergy with psycho sexual problems harboured known paedophiles and shielded them from police scrutiny.
Whistle blowers closely involved with the now-defunct Encompass Australasia program allege paedophile clergy were diagnosed with a ''mood disorder'' so they could be treated at Sydney's Wesley Private Hospital and meet private health insurance criteria.
A well-placed source aware of the status of some clergy treated by Encompass Australasia between 1997 and 2008 said he believed several did not have a mood disorder but were ''cold and calculating criminals'' who bragged about their exploits with children to others while at the hospital.
''Some of these people were not mentally ill, in my opinion. They were criminals who knew exactly what they had done and were proud of their achievements,'' said the source, who asked not to be named for fear of being sacked.
''People who should have been in Long Bay Jail were still living in the community.''
Another source with intimate knowledge of the Encompass Australasia program said one senior priest who received treatment was nicknamed ''Hannibal the Cannibal'' because of the exuberant way he described his treatment of young boys. 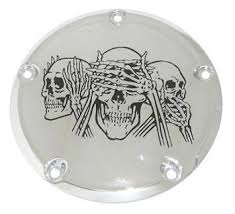