MUD STICKS TO ASHBY'S HAND "The hand that throws mud is always dirty!"

It's about  time we took stock of how politics is being conducted.

Peter Slipper's reputation has been dragged through the mud

1. He lost his job as speaker

2. Prime Minister Julia Gillard has been accused of ''running a protection racket''

3. Federal parliament descended into a long debate about horrible references to female        genitals in what were supposed to be his private texts.
Now:
The federal court has found the whole thing was an abuse of process, that James Ashby's sexual harassment case was brought ''for the predominant purpose of causing political damage to Mr Slipper''.

This finding raises big questions for the man who has been pre-selected by the Coalition for Mr Slipper's seat - Mal Brough, who was named in the judgement as acting to advance the interests of the Liberal National Party.
There are questions for the Coalition about the venom they portrayed when it pursued Mr Slipper publicly and in the parliament.
It was part of its political campaign to delegitimise the ALP's minority government  and attack the character of the Prime Minister Julia Gillard, this was never about Slippers behaviour it was just dirty politics.
There is a word called defamation, don't be surprised if this saga continued.
Mal Brough the bystander, there's no mud on him? 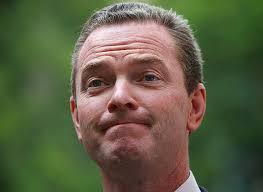