NEW ZEALAND an earthquake NO WORSE! Beaten by England!!

YES ITS TRUE, ENGLAND BEAT NEW ZEALAND
CAN YOU BELIEVE IT?

Sports writers around the world are in shock, the unthinkable has happened the unbeatable have been beaten, and by who, you couldn't pick this result if you tried.

Is this the end, they have taken Earthquakes in their stride, but this, it will be a true test of their courage.

Tries from Brad Barritt, Chris Ashton and Manu Tuilagi helped England, who had been 15-0 up early in the second half, stave off an All Blacks fightback that saw the visitors close to within a point at 15-14.

This was England's record margin of victory over the All Blacks, surpassing a 13-0 success in 1936. 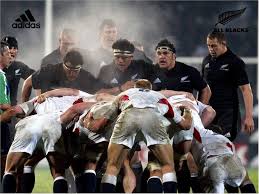 Hey whatever the hell they were doing down there it bloody worked!
at December 02, 2012