TEACHERS WITH GUNS? What an idiot!

THIS IS THE PICTURE OF AN IDIOT

Gun Owners of America Executive Director Larry Pratt, said gun control advocates have blood on their hands.
I did not make up the story

The advocacy group Gun Owners of America has responded to the mass shooting in Connecticut in their own fashion – by saying that gun control supporters ‘have the blood of little children on their hands.’

The organization’s executive director, Larry Pratt, said in a statement immediately following the horrific December 14 shootings in Newtown, that ‘blood is on the hands of members of Congress and the Connecticut legislators who voted to ban guns from all schools in Connecticut.’

The pro-gun lobbyist said today claimed that if the teachers at Sandy Hook Elementary had guns, the whole tragedy could be prevented.

He said in a statement immediately following the shootings that Congress has blood on their hands.

He said ‘The only thing accomplished by gun free zones is to insure that mass murderers can slay more before they are finally confronted by someone with a gun.’

And speaking today Pratt said: ‘Nothing is 100 percent, but if teachers, janitors, and principals were able to defend themselves with guns,’ the children of Newtown ‘might have had a chance.’

He stated: ‘It would serve you better than sitting like fish in a barrel.’

ARE THESE THE TEACHERS OF THE FUTURE 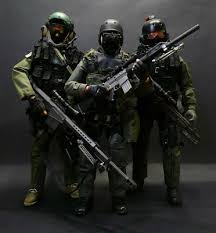 WHAT A GREAT IDEA 'PRATT'