Chuck Hagel..Is he a sinner because he's not dominated by ISRAEL like other Republicans? 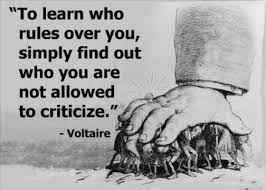 WHO CONTROLS POLITICS in the US of A
"ISRAEL"

Chuck Hagel’s sin was that he was one of the few defectors among congressional Republicans regarding the Iraq War.

Even though Hagel voted for President George W. Bush’s war authorization, he eventually recognized his mistake. Hagel said he believes the Iraq War was one of the biggest blunders in U.S. history.

He sharply criticized the Bush/Cheney foreign policy as “reckless,” saying it was playing “ping pong with American lives.”

He has also reportedly said in the past that Israel should not dictate foreign policy to America.(Israel's allies in the Republican camp are sharpening their knives)
The new US Defence secretary?