For public good, or just to slam the ABC once again


THE ABC could be forced to disclose details of the pay packets of its top broadcasters and producers at programs such as Media Watch, Four Corners and Mornings.
The national broadcaster received $1 billion in government funding in the last financial year and spent $486 million on wages and superannuation.
DOES THE PUBLIC REALLY WANT TO KNOW ABOUT INDIVIDUAL SALARIES NO!
The average person doesn't want to know, why then does this group of newspapers want to know, well it's pretty obvious, these are the same group that attack the ABC continuously.
Why are they always on the attack, well they don't believe in public broadcasting in any shape or form.
Do we ever see private media groups disclose the salaries of their top people, no, their salaries are confidential and so they should be. 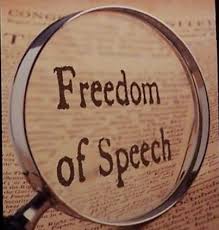 THIS BELONGS TO US ALL
NOT JUST THE PRIVATE SECTOR
at January 07, 2013