JESUS is still an Australian? Even though he lives in the UK. 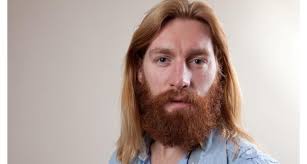 JESUS has made his second coming in time for Christmas.
It was during an international darts competition at a British seaside resort.

Well, at least many wanted to believe it was him, mind you the abundance of cheap beer could of had some bearing on what followed.

The bearded Australian Nathan Grindal, disrupted a televised final of a darts competition in Minehead, 300km west of London.

Mr Grindal was enjoying the clash between former world champion Phil Taylor and Belgian rival Kim Huybrechts when the audience unexpectedly began chanting "stand up if you love Jesus".

Mr Grindal's long blond locks and his beard apparently convinced some at the Butlins resort in Minehead, Somerset, it was Jesus sitting among them in the audience.

The chanting grew more disruptive, security was called in to ask Mr Grindal to leave.

Even though organisers realised the Australian, who moved to the UK six years ago, had done nothing wrong, his presence was causing the disturbance.

The 33-year-old was escorted by security to another bar and bought a pint of beer, and he was forced to watch the finals clash from a TV.

"I didn't go to the darts dressed as Jesus, I went as me, it was all very weird" said Mr Grindal.

After the competition, Taylor a competitor said: "If I ever see Jesus again, I'll crucify him myself."
Mr Grindal said he was fearful of ever attending a live darts match again.

Organisers defended their action, saying his presence was causing a nuisance for the players, but conceded the four-pint pitchers of beer they were selling had encouraged the boisterous crowd to create the apparition. 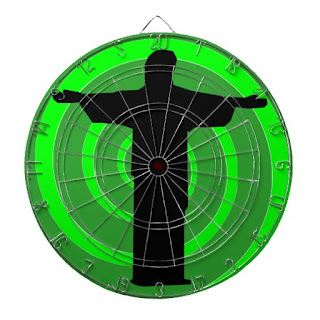