The only real difference between Liberal and Labor is at the end of the day who primarily  benefits when they take power.

It's a con game of all smoke and mirrors.

Classic 'good cop, bad cop' playing the people against each other under the guise of 'picking a side' and defending their chosen one(the leader).

Take a long hard look at the policies, laws and taxes implemented under each successive government, then look at which are removed when the alternative takes power, you'll see that 'the change' whether it is to the left or right wing takes control is totally superficial at best.

Each mob supports their own backers and no one else, the people, hey who are they, they only count on the day they vote

The parties only do enough to quell the mob in the streets who scream for change, but not enough that makes any real difference at the end of the day at all.

It's all about winning, both sides don't rock the boat very much, so one side backs the unions and the other backs big money, do they really change anything, no they are not extremist thank god

They lean which ever way the wind blows and their main aim is to stay in power at any cost.

The one good thing about this country is that so far we have not bred extremists in large enough numbers to pose a threat.

Our politics may be boring but it seems pretty safe compared to other counties around the world.

Who should you vote for! Well I reckon you vote for your local member, if they are doing a good job, never mind which party they represent........why because there ain't much difference anyway! 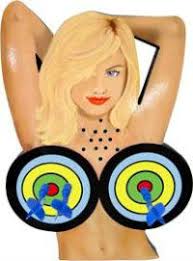