The Big Bad Wolf...The government wants the Press Council to have some teeth to enforce their own judgements.
SHOCK HORROR
Is this the end of the world?
According to our Dear Leader Kim Jong Williams
He is fighting for free speech, what he means is, ..News Ltd)
Facts:
In the US, the top two newspaper groups cover about 14 per cent.

In Canada, a country more akin to ourselves in terms of geography, 54 per cent coverage from the top two.

In Australia it is 86 per cent coverage.

We have one of the most concentrated media sectors in the world and the present owners in the sector would like to shrink it further.

A previous chairman of the Australian Press Council, Professor Dennis Pearce referred to a previous episode that apparently happened:

A particular newspaper(guess which one) did not like a judgement they the Council made and they withdrew from the council for a period of months. That was a direct consequence of the particular adjudication going against them?
The newspaper said the council's adjudication was wrong and they were not going to publish it, and they did not.

In other words they ignored their own Press Council just because they would not take criticism.

This particular paper is not the only one that ignores their own self regulation, this is about ethics, their own ethics, so if they themselves flaunt the rulings of this body something is terribly wrong with the present system and needs fixing.

As far as some oversight over amalgamation and takeovers. all industries in this country have some rules that protect us from monopolies, weak though they might be. So why is it that this industry should be immune.

Could it be that they want to ensure that they maintain their clout and influence over governments, maybe.

It does seem to us mere underlings that when they say jump, parties of both sides of politics say how high.

Neither side has the gumption to take them on because they rely on their support to get and maintain power.


Free speech is alive in Australia, however it is challenge to publish anything that does not suit certain proprietors. In fact if one reads the papers some do not even allow comments on articles they foster, yes free speech still exists if you can find it!


FREE SPEECH IS A MYTH, TRUE OR FALSE?
BECAUSE WHATEVER THE TRUTH IS, IT CAN ALWAYS BE MANIPULATED
TO SUIT A PARTICULAR GOAL
The goal of the proprietor normally 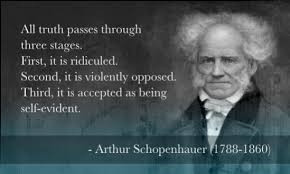