French panel is against sex

Yes, its no to 'sex assistants'


AN ethics panel in France on Tuesday opposed the use of so-called sexual assistants for the disabled, an issue sparked by a true-to-life film recounting the experiences of a handicapped man.

The National Consultative Ethics Committee (CCNE), which advises the government on health issues, said it saw too great a risk of abuse to back "professional" use of sex helpers.
Several associations are lobbying for law changes so that people can legally offer sexual services for the handicapped, and even to have these services reimbursed by the welfare state.
Their campaign has been inspired by experiences in Germany, Denmark, the Netherlands and Switzerland, and by a Hollywood film, The Sessions, which portrays the sexual awakening of a 38-year-old paralysed man and his relationship with his sex therapist.
"The beneficiaries are vulnerable people who are at risk of an emotional investment in the sexual assistant," the CCNE said.
"It is not possible to give sexual assistance a professional status like other activities, given the principle that the human body cannot be used for commercial purposes."
So there's no such thing as prostitution in France? Come on, wake up France!
It recommended that carers be trained in the sexual needs and dignity of the disabled.
"This training must have a technical aspect, for example facilitating physical relationships between handicapped people or access to mechanical means of sexual satisfaction," the panel said.
France has slipped back to the dark ages, who would have believed it "France"
So the disabled are less than  human "mechanical sex" what crap.
I have seen the result of a sexual experience on a profoundly handicapped person who had never had the experience.
It was truly amazing, he could not believe he could have such a feeling.
Who arranged for it to happen, members of the medical profession, yes. They hired a professional sex worker. 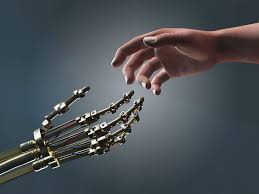