US Senate Democratic leaders have dropped a proposal to ban assault-style weapons from gun-safety legislation they plan to introduce next month.

Instead, the ban's sponsor, California Democrat Dianne Feinstein, will be given a chance to offer the measure as an amendment to gun legislation that Senate Majority Leader Harry Reid will put on the floor, second-ranking Democrat Dick Durbin told reporters in Washington.

‘‘I tried my best,’’ Senator Feinstein said, adding that Senator Reid had informed her this week  her measure would not be included in the main legislation. ‘‘My best I guess just wasn’t good enough.’’

Backers of gun restrictions say it will be difficult to pass any measure limiting weapons ownership either in the Senate or the Republican-led House.
Gun toting Americans have won once again, what makes them tick, probably fear.

Weird logic, but that's America for you.


THIS COULD BE YOURS 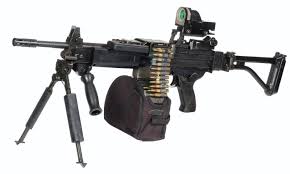 HAVE A NICE DAY