THIS WOMAN HAS GOT GUTS. This girl hasn't got a glass jaw, that's for sure!

I will preface these comments by saying I was a Rudd supporter, however recent events have convinced me that Gillard is a tough lady and deserves our respect, no one has ever taken so much flak.

KEVIN HAS NO MORE AMMUNITION 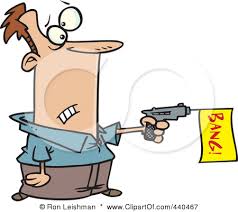 ALL HE HAS IS BLANKS. GOODBYE KEV

Kev, well when you find out that all you fire is blanks it's time to become a celibate.

We Australians are not used to seeing such toughness in a woman as displayed by Julia on Thursday and there are many who feel uncomfortable with it.

Julia Gillard revealed recently, that she felt women in politics needed to be as tough, if not tougher, than the men.

She doesn't believe that women should make politics kinder and gentler, and why should she, with the number and amount of vicious attacks she has had to deal with.

She is a unique target however, Thursday showed, no matter what is thrown at her, she can take it  on the chin and come back.

Most of us might find this hard to understand (because it contradicts our stereotyped notion of how women should behave, soft and gentle). Should she have broken down and cried.

No she is a fighter, she always sees the glass as being half full, under the circumstance many would have collapsed.

The press and the Coalition have been merciless, they have attacked her looks her dress and private life.

The press have promoted stories without checking facts and the Coalition have behaved like sharks in a feeding frenzy with no regard or respect for her being a woman or her  position as Prime Minister in Australia's parliament.

Some might think that gutter politics is clever politics. I for one do not , it has turned parliament into a school yard with bullying being the replacement for clever debate.

Should Tony Abbott become PM what can we expect, no one knows. All we have seen for months is a spoilt little boy who has never accepted that he did not win the last election.

He has spat the dummy so often that we would not recognise him without it dangling from the side of his mouth.

Will the real Tony please stand up and show us if he can be a statesman instead of a spoilt little boy.

Please, if there is another Tony in there let's get a look at him, is he as shallow as he's portrayed, surely not, there must be more to him than that?