A Shocking story of Shocking Undies


This underwear delivers a real shock!

Following the violent gang-rape of a New Delhi woman last year that made international headlines, engineering students in India have created anti-rape underwear that they say will prevent sexual assault.

Called Society Harnessing Equipment, or SHE, the device will deliver up to 82 electric shocks of 3800 kV to an attacker.

To prevent the wearer from being shocked, SHE's inner side is "insulated with a polymer" That hopefully work as well as anticipated.

The device is also equipped with GPS that can deliver alerts to police and the victim's parents.

"Lawmakers take ages to come up with just laws and even after that, women are unsafe," said the inventors.

"Hence, we have initiated the idea of self-defence, which protects the women from domestic, social and workplace harassment."

They have not stated the cost or if the garments need to be fitted and tested to ensure safety.

No colour range has been announced, however they think shocking pink will be very popular.

Exactly how these devices are triggered has not been disclosed for security purposes.

Apparently they can't rule out accidents caused by amorous partners inadvertently triggering the device, so they are considering issuing reversible badges so they can indicate to partners when the device is alive. 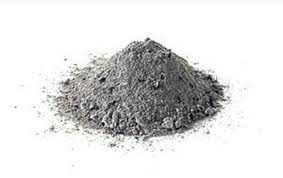