ABBOTT LOVES THE RICH....BUT NOT THE AVERAGE WORKER! 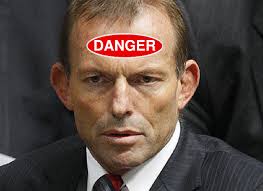 Tony Abbott immediately hit out at the planned reforms to superannuation describing them as “another broken promise” that would result in less money in the pockets of Australians.
Who are these people who will be treated so badly, you guessed it the RICH, shock horror!
The changes would affect ONLY individuals with around $2 million of savings in superannuation and will take affect from July 1 next year.
Treasury estimates around 16,000 Australians will be affected by the measure in 2014-15 which represents 0.4 per cent of Australia's projected 4.1 million retirees in that year.
So 0.4% of the population deserve Tony's support but the rest do not!
Come on Tony you can't be fair dinkum mate, was it Gina or Rupert that rang you, it sure soundS like it.
Where is the average guy you are always trying to display, is it all a front as some say, or have you really got enough ticker to take on the rich 0.4%.
at April 05, 2013