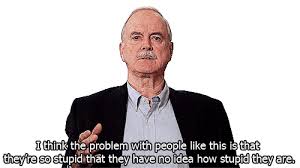 
The Coalition will scrap the Gonksi education reforms if elected. Opposition Leader Tony Abbott says the education changes are too expensive.
Unnecessary because there is no fundamental problem with the way schools are funded.

He says,''In the absence of anything which is clearly, dramatically, better and affordable, dramatically better, I think we are better fine-tuning the existing system(As we've always done forever and it hasn't worked) rather than trying to turn the whole thing on its head,'' (In other word if its a complete wreck and provided we know it is, its okay, so leave it alone).

Mr Abbott also listed greater autonomy for principals, higher teaching standards and a smaller education bureaucracy as some of the cheaper changes that could be made.(The present government has already gone down this path).

Advertisement
He said he would maintain the changes to university funding the government announced this month as a way of paying for the extra money to give to primary and secondary schools.
''I don't think anyone should expect those cuts to be reversed,'' Mr Abbott said.

SO NOW WE HAVE THE GOVERNMENT AND THE COALITION SLASHING UNIVERSITY FUNDING.
ARE OUR ELECTED REPRESENTATIVES REALLY THAT DUMB.
WHAT A NO BRAIN ER !
Are we locking children into ''being left behind'', by not planning for the future and do we really think you can divorce Universities from schooling.

BETWEEN
DUMB AND DUMBER