SHORTAGE OF WOMEN REASON FOR SEX WITH PATIENTS!

This was caused by the size of small town?

Pull the other one!


A CHIROPRACTOR slept with five of his patients because of a shortage of women in a rural Victorian city, a tribunal has been told.
Dr Peter Goodman admitted the intimate relationships - as well as continuing to treat family members of one woman with whom he was having a covert affair - had amounted to professional misconduct.
Representing the chiropractor, Jane Dixon, SC, said it was an unusual case and unrealistic to expect there not be a blurring of the patient-practitioner boundaries in the small north eastern Victorian city.
"It's not uncommon in country towns for people to see someone socially who happens to be treating them for something," Ms Dixon told VCAT this month.
She said he met some of the women through friends, local clubs and one at a nearby festival before they were his patients, and later embarked on consensual and open relationships with them.
Dr Ian Freckelton, SC, for the Chiropractic Board of Australia, said there would have been plenty of women in the area who were not his patients.
He said there were more than 25,000 people in the city and nearby areas, and it was "hardly the middle of nowhere".
"The sexualisation of professional relationships is an issue and manifestly quite inappropriate," Dr Freckelton said.
The practitioner's first inappropriate relationship developed in the 1990s.
Dr Freckelton said Dr Goodman had a series of intimate relationships with patients over the next 15 years, calling into question his capacity to refrain from the behaviour.
"In short, this is not a one-off", Dr Goodman also kept "woeful" clinical records and was oblivious to the potential distress that could have been caused to his patients who were family members of his then lover.
Blames ex wife for behaviour.
Ms Dixon said Dr Peter Goodman as emotionally scarred by the infidelities of his former wife and was on the rebound when he became romantically involved with the women."It would seem he certainly hasn't recovered from that relationship," Ms Dixon said.
Fifteen years to recover?
Dr Freckelton said Dr Goodman's registration should be cancelled for between three and five years to send a strong message and to retain the public's confidence in chiropractors.
The tribunal is yet to hand down its decision. 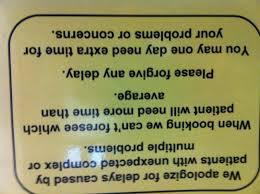 What brand is this?

Branding and brand names
Now we all know certain common brand names, so I am posing a few questions and I would like you to tell me the name of the brands I'm describing with these questions and answers.

Answers clue
They are brands associated with the Australian Parliament, if you nominate only one brand your wrong! 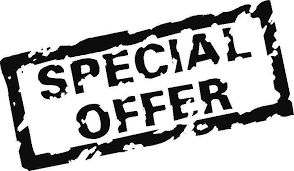 Bully Abbott is still in there, he hasn't gone away. Vindictive and mean!

THE REAL ABBOTT REARS ITS UGLY HEAD
ONCE MORE
He seems to be a control freak, just read this!
This is a future PM what a heart, is there one.
Would you believe this.
Shame! Tony Shame!
SIMON BENSON
THE DAILY TELEGRAPH
MAY 16, 2013 12:00 AM
THE Coalition has refused to allow a federal Labor MP to return to Sydney to look after her sick 14-month-old baby, forcing her to sit in parliament to watch Opposition Leader Tony Abbott's Budget reply speech tonight.

The Daily Telegraph has learned the Coalition yesterday knocked back a request from the government to "pair" member for Greenway Michelle Rowland after she sought permission to urgently return to Sydney from Canberra this afternoon.
Ms Rowland, the only woman to have given birth during the term of this parliament, sought agreement from the opposition chief whip Warren Entsch yesterday to grant a pair for her from 6pm tonight so she could get the last plane home to Sydney to care for her child Octavia.
It is believed the child is suffering flu and severe fever.
Ms Rowland's husband had taken leave from his job to take care of the child while Ms Rowland was in parliament.
But Mr Entsch refused to grant the pair, despite no parliamentary business listed after Mr Abbott's speech.
The blunt refusal risks undermining Mr Abbott's attempts to paint himself as woman-friendly and appears to contradict the principles of his paid parental leave scheme and industrial relations policy. 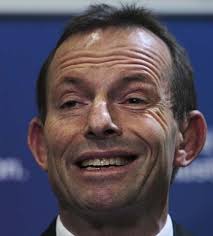 Email ThisBlogThis!Share to TwitterShare to FacebookShare to Pinterest
Labels: Coalition

A ROMANCE with union leader Paul Howes is believed to have been a factor in Qantas's decision yesterday to strip high-profile executive Olivia Wirth of her responsibility for government relations.
The move is widely seen as smoothing relations with the Coalition but Qantas chief executive Alan Joyce denied the relationship was a factor in the decision and said it resulted from an internal review of marketing and branding.
"This is a promotion for Olivia," he said. "It's an opportunity for Olivia to be a central point for all marketing and corporate coms. That's a huge job and it isn't anything to do with her relationship with Paul Howes . . . She's been managing that extremely professionally . . . and we absolutely don't believe there's any issue there."
While Qantas has compensated Ms Wirth with an expanded job, The Australian understands the decision follows private complaints to Qantas figures from Coalition MPs about Ms Wirth's relationship with the head of the Australian Workers Union.
But one aviation insider told The Australian the decision had "sexist" overtones, and queried whether a man would be removed under similar circumstances.The complaints heightened concern held by some conservative members of the Qantas board that the issue could be problematic for the airline under a Coalition government.

Here we go big brother politics already!
Is this the first sign of the extreme Right's secret police in action, sounds like and looks like McCarthyism. Is this a duck or isn't it? 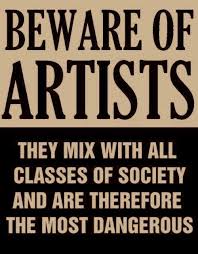 Budget or not to Budget that is the question 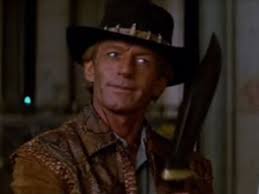 September Election; Who will you vote for. Do we know what they stand for NO

Labor: their list of actual achievements stack up well.

Investing more in rail than all previous governments

Initiating the mining tax(did not hurt the miners, nor raise much,as yet)

Articulating a new foreign policy by balancing the divergent interests of the US, China, India and Indonesia

Establishing a national disability insurance scheme -( itself a social and economic reform to rival any.)

And nearly all of this within a toxic political culture and a minority parliament where the Coalition said no to every new initiative.

When the September 14 election comes I wonder, will anyone remember any of the good things they have done, probably not.

They, the electors have had the doom and gloom thrown at them by the Coalition and certain sections of the media continously, with no recognition given for anything they have done.

Australians have no idea of what the Coalition has to offer and they have had a free ride for the last few years, isn't it time we had some straight answers from the opposition, who are they and what are they offering?

All us mushrooms have been told is that they are going to implement a parental leave system that we can't afford, a system that values some children higher than others.

OVER 65, YOU CAN GO SUCK EGGS! National Disability Insurance Scheme SAYS NO! NOT FOR PEOPLE OVER 65

OVER 65' AND DISABLED. YOUR JUST A LEFT OVER. LIKE SCRAP (To old to be useful)
WHAT HAPPENS TO THEM, NO ONE KNOWS!

To qualify for care and support under the NDIS, a person must:
Disability requirements:
Early intervention requirements:
Source: National Disability Insurance Scheme Act 2013 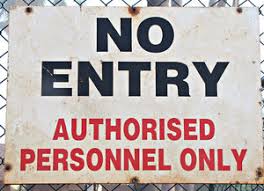