FORGET GENDER. WHAT RUBBISH! THE OPPOSITION AND PRESS LOVE IT. THE DIRTIER IT GETS THE MORE THEY LIKE IT!

This past three years has seen the media in a frenzy to print every gender oriented cartoon or criminal innuendo about Julia Gillard.
Have they ever commented in the press about the fact that the coverage of this PM has been right over the top, no!
That it has been gender driven, the words of abuse have either suggested criminality or almost always had a gender slant.

Have we ever seen the same amount diatribe written about a male PM, no!
In the last 50 years I have never seen behaviour like this carry on for so long, it's an embarrassment, my friends overseas read about politics in Australia and can't believe parliamentarians carry on like our lot.
We have seen our parliament descend into such a farce, a giant farce!

The behaviour of the government, press and the opposition has lowered the standard of the parliament to such a degree that people are beginning to hate parliament it's self.
Even their local members are being treated like a joke.

No wonder women are sick to death of it, it's no wonder they dislike Abbott, its not just about what he says or what the opposition says in parliament, its about Abbot allowing or encouraging his colleagues to behave this way.

Guess what we hear from the press, nothing about behaviour, oh no, the comments we hear tell us this is clever politics by Tony Abbott. So what does Tony do, he carries on, why because he's encouraged by the press.

Where have our standards of behaviour gone.
Not to mention the policy desert, the hard questioning, all that has gone missing!

The amount of disrespect shown for the office of the PM is unbelievable. Mind you I'll lay odds that a male PM will not get the same treatment.

This is not about Gillard it's about the position of PM, all right she may of come to power in unusual circumstances.
This is a good enough reason to lower the standards of our parliament, to turn it into a joke, to make a group of kindergarten children look like grown-ups in comparison.

AUSTRALIANS ARE GETTING SICK OF IT, DON'T BE SURPRISED IF AT THE NEXT ELECTION WE HAVE THE UNTHINKABLE.

MORE INDEPENDENTS
WHY BECAUSE THEY HAVEN'T CAUGHT THE DISEASE
(LIKE THEM OR NOT)
THEY ARE ACTUALLY DOING WHAT THEY WERE ELECTED TO DO
WHAT THEY ARE PAID TO FOR.
Can we really say that about the rest of our so called representatives. 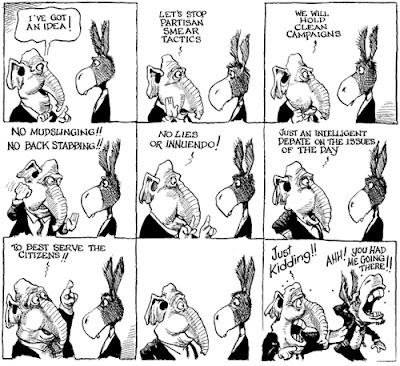