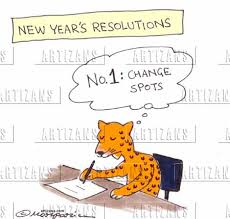 
Tony Abbott, who has repeatedly demonstrated not only his contempt for women’s reproductive rights, but his steadfast belief in the right of the state to regulate women’s bodies.
His promise not to interfere in abortion law if elected is utterly meaningless against the backdrop of his past actions.
Abbott worked hard to prevent Australian women gaining access to RU486 (a situation that is thankfully now rectified) and as Julia Gillard recalled in her now famous “misogyny speech” to parliament, a few years ago he referred to abortion as “the easy way out”.

It has been reduced to a question of the mother's convenience”said Abbott.
Some have noted that because abortion law is regulated by the states and the threat posed by a prime minister Abbott is not credible.

As long as there are anti-choice politicians in positions of power, women will be at risk.
In Victoria, the battle was fought over decades to guarantee access to terminations, while in other states the fight continues, and all of this progress could be jeopardised by a top-down return to retrograde thinking about women’s rights.
at July 28, 2013