Young should not be encouraged to vote says Coalition in Australia. 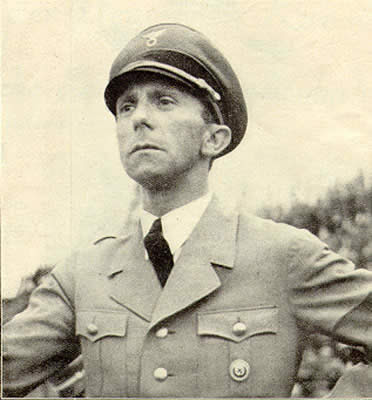 Senate leader Eric Abetz ?
Not really, but there is a similarity

ACTIVIST group GetUp! has been accused of breaching electoral laws with a web-based competition to give away $40,000 in gold bullion to encourage young people to enrol to vote for the first time in the forthcoming federal election.

The competition offers prizes of $5000 to a first-time enrollee from each state and territory
GetUp! has quarantined the contest from its campaigning activities, hosting it on a separate "Go for gold" website. But above the entry form is a button inviting entrants to "Learn more about GetUp!". With just four mouse clicks they can sign up to GetUp! campaigns on issues such as coal-seam gas and marriage equality.
Opposition Senate leader Eric Abetz described the competition as a "stunt".He apparently doesn't like the idea of young voters actually voting.
"Clearly, GetUp!'s intention with this latest gold bullion scam is to steer young enrollees toward GetUp!'s website, where they will receive partisan political messages and be groomed into voting for the Greens," he said. "It should fall foul of the Electoral Act."

GetUp grooming the young to vote a particular way? What about News Ltd's papers that are so one eyed in favour of the Coalition. Why haven't the government critisised GetUp, maybe they think that the more young voters enrolled the better.
Section 326 of the act says: "A person shall not, with the intention of influencing or affecting" votes "give or confer, or promise or offer to give or confer, any property or benefit of any kind to that other person or to a third person" and provides penalties of a $5000 fine or imprisonment for two years or both.
An AEC spokesman said the commission was "not a supporter" of competitions such as GetUp!'s.
However they said "We regard enrolment and voting as not only compulsory in our electoral system but an important part of the democratic ethos in Australia for which prizes do not seem to be really appropriate."
The expert Opposition electoral affairs spokeswoman Bronwyn Bishop slammed the AEC's interpretation of the act as "wishy-washy".We all know what balanced views Bronwyn has.
GetUp! national director Sam McLean said the competition complied with all relevant laws. "No one who enters this competition will get any GetUp! campaign emails."