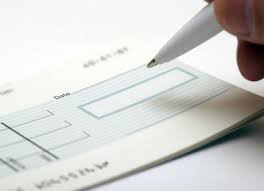 "WE'LL FILL IN THE AMOUNT AFTER THE ELECTION"
says Joe Hockey
TRUST US!

The shadow treasurer, Joe Hockey, told Guardian Australia that individual Coalition election policies would be “fully and rigorously costed” but adding them up to forecast a final budget deficit or surplus would be “meaningless” because the starting point would have to be the Treasury’s projections, and they were “not credible”.

"These numbers just look stupid so we won’t be adding up our policies" he said.

The Coalition has said its budget position “will always be stronger than Labor’s”. Hockey has said he will use the new Parliamentary Budget Office, 'as well as independent experts and advisers to help cost Coalition policies.'

Last time they used "so called independent experts(mates)" it was that accounting firm in WA that they relied on because they didn't trust Treasury.

The result a $70 billion mistake!

Why they didn't use Treasury last time, was because their commitments were under costed, they tried to fool the Australian people.

Why not use Treasury, because they would spot inconsistencies and we would all be told, but guess what, they are trying the same old trick again.