The administrator, Jon Stanhope, has said he would consider quitting the post if the Abbott government tried to gag residents from talking about asylum seeker arrivals.

Christmas islanders would be treated as second class citizens being denied the right of free speech by a government that has espoused openness in government.
The government said it would release weekly information about asylum seeker boat arrivals, abandoning the previous government's practice of informing Australians and the media every time a boat reached Australia.
The minister Scott Morrison, says keeping close control of information about boat arrivals denies people smugglers the opportunity to exploit such announcements.
Australian's rights are not to be considered at all, come on Mr Abbott pull your minister of his perch.
Christmas Island residents, who told media on Sunday about the arrival of a boat carrying about 30 people have already tested this stupid ruling.
Mr Stanhope said he had not been told of any information blackout policy.
They have not been advised of any government policy relating to announcements or information about boats arriving here on Christmas Island.
"I find it absolutely remarkable that there could be a policy in place that would seek to prevent 2,000 Australians that live on Christmas Island from talking about what happens here."he said.
He said if he was given a directive not to speak freely about boat arrivals he "would seriously have to consider my position".
Mr Stanhope said there had been a noticeable decline in the rate of boat arrivals over the past month.
"I have absolutely no doubt that the new policies are having an effect," he said.
Morrison is expected to give his first media briefing on boat arrivals today, we will wait and see if he confirms a black out on free speech on Christmas island. 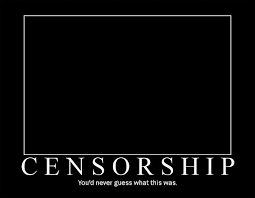