Food for thought. Insects on line, the mouth waters at the thought!

By MIA DE GRAAF: Edited by S W T Read
People scream at the sight of a scorpion, beetle or cricket Now they are nestled on their dinner plates
Britt's are getting turned on by bugs in a big way.
They are now a must have. if you wish to impress.
These stomach-churning critters are now a high end delicacy, bugs are now the must-have nibble in any kitchen.
The cost just £25 a tin, and not a large tin at that, dinner party hosts are spoilt for choice of flavours - from sour cream grasshoppers and bamboo worms to onion dung beetles.

Want to feel that crunch, feeling peckish?
Crickets, worms and dung Beatles could soon become a staple part of the Britts diet.

Why are they going for this stuff, well it's all about TV, yes a show called  I'm a Celebrity... Get Me Out Of Here.

Apparently the contestants would force down kangaroo testicles and spiders to earn a proper meal.

It seems, the Britt's liked the show and it brought to surface their longing to be pest controllers(apparently there are a lot of pests in England), then to their surprise they found they were secretly harbouring a desire to try out these insects as unusual snacks ourselves.(you've got to copy what happens on the box you know).

Will it catch on in other countries?

We don't know, anyway keep an eye open for people with a hungry looks on their faces hanging around rubbish bins, because if you can catch your own they're a lot cheaper than buying pre-packed bugs, you never know where they've been.

Good luck bug hunters and remember not all bugs are the same, they have personalities you know, so be gentle, okay?

By the way apparently the pest spray manufacturers are worried to death if this fad really takes off. 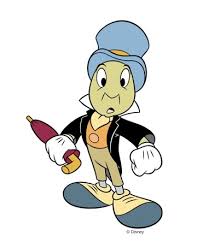