The US says TRUST US WE KNOW WHAT'S GOOD FOR THE WORLD. We've heard it all before, we remember.

Didn't this guy say.YOU CAN TRUST US once upon a time?

The director of the National Security Agency conceded on Wednesday that it may need to scale back some of its surveillance operations on foreign leaders, in the wake of an international outcry.
Launching a public defence of the NSA for the second time in as many days, Alexander acknowledged that limiting the programme may be necessary in order to maintain diplomatic relations. “I think in some cases the partnerships are more important," he told an the audience.(Wow! this guy is smart, it shows us that soldiers are not the best at diplomacy)
Alexander also issued a flat denial of a new leak from whistleblower Edward Snowden published by the the Washington Post as Alexander spoke, which claimed that the NSA was able to intercept Google and Yahoo user information as it was transferred between data centers.(Should we believe Edward Snowden or Alexander)
Partnerships between Washington and several European nations, particularly Germany, have come under extreme strain since they confronted the US about the NSA intercepting phone calls.
The White House is now suggesting that some restrictions on foreign-focused surveillance are forthcoming – something that Republican  US legislators have balked at.
But the NSA (ex-army) director, who spent much of his time defending his embattled agency, suggested that there would be deleterious security consequences to scaling back foreign-leader surveillance.
The general, – described the most controversial of NSA’s programs, the mass collection of Americans’ phone data, as a “hornet’s nest”.
at October 31, 2013

PUP Party's first bite is too hard to chew. Mind you they are still only puppies?

CLIVE Palmer is demanding Tony Abbott repeal the carbon tax retrospectively and refund billions in revenue, that would enable the businessman to escape a $6.2 million disputed charge for emissions.
Mr Palmer's push would force the government to refund the $3.6 billion raised last financial year and $6.5bn in receipts forecast this year.
The PUP party has a lot to learn, and this proposal proves how inept they are, or perhaps how dangerous they are.
Clive Palmer and the Palmer United Party has formed an alliance with the Australian Motoring Enthusiast Party's Ricky Muir, giving the bloc four of the six cross bench votes needed to pass legislation in the Senate this make their votes essential to the government.
The Coalition's election promise to scrap the tax is not retrospective, and they can't afford such largess if they are to be taken seriously as money managers. 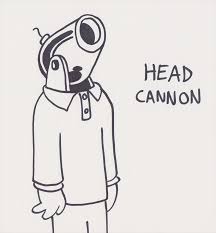 Police catch the bag, what a bag, over $1 million in cash.

Suspected members of a drug trafficking gang in Bolivia have thrown a bag containing more than $1m (£615,000) from a low-flying plane and it landed in the wrong place.
The cash was supposed to be collected by other gang members on the ground in eastern Santa Cruz province.
But they missed the target and the bag was seized by Bolivian anti-drugs police, who later made several arrests.
One wonders what will happen to the person who dropped the loot into the police's hands it definitely was not his best day.
Bolivia is one of the world's top three cocaine producers.
The authorities say the money - in US dollar bills of various denominations - was wrapped with a seal from a bank in neighbouring Paraguay.
They believe it was going to be used either to build a cocaine production centre or to set up a fake commercial enterprise in Bolivia.
Bolivian police had been monitoring the gang, which is believed to be well organised and with links to several countries.
at October 10, 2013

Legless but never had a drink! A two for one deal that sucks!

Doctors amputated the wrong leg on a patient, leaving him legless. Source: Supplied
A BRAZILIAN hospital says a patient has been left legless after going into an operation to amputate his right leg and having doctors remove his left.
Marilda Santos is the spokesperson for Rio de Janeiro's Pedro Ernesto University Hospital. She says that on Friday doctors were supposed to amputate the right leg of Antonio Cesar Victorio, who suffers with diabetic kidney failure, but instead they removed his left leg.
The patient's daughter then told doctors they had removed the wrong leg and then they amputated the other leg as well.'
She says the hospital is trying to determine if doctors committed a medical error or if they "removed the left leg because it too was compromised by the patient's disease.''
A medical error or a complete stuff up, I think it's the latter.
His daughter told the newspaper that the family plans to sue.
I wonder why!
at October 10, 2013

Conservative Government
TRADITIONAL CAPITALISM combined with VENTURE CAPITALISM.
You have two cows.
You sell one and buy a bull.
Your herd multiplies, and the economy grows.
You minimise tax ..legally.
You sell them and retire on the income.

VENTURE CAPITALISM
You have two cows.
You sell three of them to your publicly listed company, using letters of credit opened by your brother-in-law at the bank, then execute a debt/equity swap with an associated general offer so that you get all four cows back, with a tax exemption for five cows.
The milk rights of the six cows are transferred via an intermediary to a Cayman Island Company secretly owned by the majority shareholder who sells the rights to all seven cows back to your listed company.
The annual report says the company owns eight cows, with an option on one more.

My thanks to my friend who sent me this, I had to edit it a bit, all I can say is thanks B B.
" YOU MADE MY DAY" buddy.

Tony Abbott"s overseas was a success but he looked as if he'd had an accident in his pants, he was stiff and he wasn't his normal self. Tony should let go a bit, he look awkward, not what we expect from our PM.
Being PM is a different job and not an easy one compared to being an opposition leader all the more reason for him to be himself.
He won the election, he now represents all of us!