Abbott diplomacy. Tough line with Indonesia doesn't wash, diplomacy is just that, being diplomatic. Coalition is not the Opposition anymore and Indonesia is not the opposition.

You can't use bullying tactics with your important neighbours
Wake up Tony you are the PM, not the opposition leader.

Indonesia has declared it will refuse to take back asylum seekers rescued by Australian ships, casting doubt over the government's ''turn back the boats'' policy.

A mid-ocean stand-off between the two countries continued on Friday night off Java as Indonesia said it would not take a group of boat people who made a distress call on Thursday unless there was a threat to life.

The incident has significantly raised tensions over the people-smuggling issue given the already strained relationship between the countries over revelations of widespread spying from the Australian embassy in Jakarta. 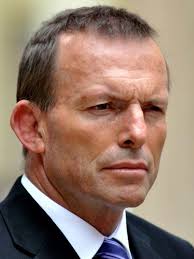 This is not the face of diplomacy