Australian labour is very productive. WHAT ABOUT CAPITAL INVESTMENT it's been asleep for years!

The other side of the productivity coin is – sometimes good workers should blame their tools or equipment, it's often outdated.


The productivity debate in Australia is massively distorted by a blind spot, revealed again by the lack of coverage of the annual national accounts figures released on Friday, which showed labour productivity increased but capital productivity fell.

WHY BELT THE WORKERS?
WHY IS CAPITAL NOT BEING INVESTED IN AUSTRALIA? 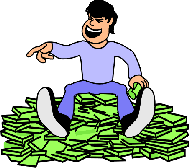