My brain told me to do it, it's not my fault, you've got to believe me judge! 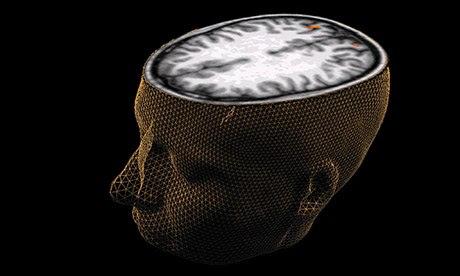 Criminal courts in the United States are facing a surge in the number of defendants arguing that their brains were to blame for their crimes and relying on questionable scans and other controversial, unprovenneuroscience, a legal expert who has advised the president has warned.
Nita Farahany, a professor of law who sits on Barack Obama's bioethics advisory panel, told a Society for Neuroscience meeting in San Diego that those on trial were mounting ever more sophisticated defences that drew on neurological evidence in an effort to show they were not fully responsible for murderous or other criminal actions.
Lawyers typically drew on brain scans and neuropsychological tests to reduce defendants' sentences, but in a substantial number of cases the evidence was used to try to clear defendants of all culpability. "What is novel is the use by criminal defendants to say, essentially, that my brain made me do it," Farahany said following an analysis of more than 1,500 judicial opinions from 2005 to 2012.
The rise of so-called neurolaw cases has caused serious concerns in the country where brain science first appeared in murder cases. The supreme court has begun a review of how such evidence can be used in criminal cases. But legal and scientific experts nevertheless foresee the trend spreading to other countries, including the UK, and Farahany said she was expanding her work abroad
at November 19, 2013