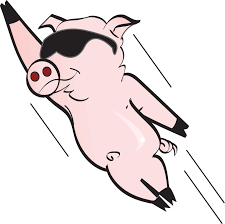 Is it a bird, is it a plain, no its ABBOTT MAN

Tony Abbott might know how to win an election but he has no idea how to be a statesman in the world of international diplomacy, it seems that he has little understanding of how to act when he's prime minister.
I predicted this before he was elected, playing the opposition leader is very different to playing prime minister on the world stage.
He portrays a total immature leader and his silted style of talking on his overseas trips embarrasses me.
I feel as if he is making us a  laughing stock, he has to wake up to himself.
I spoke to a guy in England yesterday and the first thing he asked me was how come we elected such an immature politician to lead the country and this guy is a Tory.
Embarrassing,Embarrassing,Embarrassing,Embarrassing!!


Tony Abbott could hardly have got off to a worse start in managing Australia's most important and complex diplomatic relationship. If he does not change his tune, Beijing will start inflicting pain. Abbott seems not yet to understand how much pain it can inflict, on him and on Australia. He will soon learn. He is about to get a lesson on the nature of power.
China was already uneasy about Abbott before he became Prime Minster because of things he'd said in opposition about Chinese investment, Tibet and Taiwan. But its anger now is about the Abbott government's approach to strategic tensions in north-east Asia, especially between China and Japan.

Abbott will keep getting foreign policy badly wrong until he learns differently, and the Chinese are about to teach him

Just as those tensions have been escalating sharply, Abbott has swung Australia dramatically away from an even-handed position towards strong support for Japan. To Beijing this is a clear move against it on an issue of vital importance. It is not just about who owns a few tiny rocks in the East China Sea. It is ultimately about how Asia accommodates China's growing power and ambition. Nothing matters to Beijing more.