YOU MEAN OUR NAVY DOESN'T NO WHERE IT IS
MOST OF THE TIME
IT CAN'T NAVIGATE?


AUSTRALIA has apologised to Jakarta after the navy "inadvertently'' breached Indonesian territorial waters during a border protection mission.
The apology, announced by Immigration Minister Scott Morrison, follows an Australian Defence Force investigation.
Mr Morrison said the government received information on Wednesday afternoon that Australian authorities had entered Indonesian waters on several occasions, in breach of Australian government policy.
"This was done unintentionally and without knowledge or sanction by the Australian government,'' he told reporters in Canberra.
Excuse me the Navy is under orders from the government of the day, isn't it.
Mr Morrison said it was not Australia's policy to violate Indonesia's territorial sovereignty.
"It's regrettable and we have made the appropriate apologies," he said in Canberra.
Why, was it because they got caught out?
An urgent review has been ordered into the incident.
He said Foreign Minister Julie Bishop yesterday apologised to her Indonesian counterpart Marty Natalegawa, he was travelling and unable to receive the message personally.
I wonder what Julie Bishop thinks of her colleague who seems to be undoing any work she is doing as Foreign Minister.

However, Mr Morrison said the apology was sent and a more formal apology will be provided to the Indonesian government via the Australian embassy in Indonesia.
Operation Sovereign Borders commander Lieutenant General Angus Campbell said he was advised of the breach on Wednesday afternoon after a routine report was examined by a border command official.
He said navy personnel did not know they had breached Indonesian waters at the time.
Pull the other one Angus Campbell, you know the truth but you can't tell us because you are a person in the services and are therefore also under orders from this OPEN government. 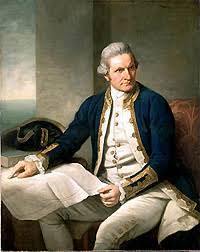 Mmmmm, "I always thought Indonesia wasn't
part of Australia, was I wrong, can't I navigate?