Morrison attacks ABC,why they are reporting allegations only!

Scott Morrison can't stand honest reporting of any sort.
Would he lock up journalist's like Egypt has done.
Do we still live in Australia

Immigration Minister Scott Morrison told 6PR radio on Wednesday that it was "a pretty poor effort" for the ABC to report the asylum seekers' claims of receiving burns because of treatment by the Australian navy. They were only claims Scott!

Advertisement
Despite video footage of the asylum seekers showing their burns, Mr Morrison said the claims were "unfounded, unsubstantiated, outrageous allegations against our navy and our customs and border protection service".
"I mean, there is [sic] been no police investigation in Indonesia," Mr Morrison added.

"People who get on boats have an incentive ... in running stories to try and discredit and undermine the strong border protection policies that we're running in Australia.
The ABC didn't dispute this, they just reported the claim.

When Mr Morrison was later asked during a press conference in Sydney whether an independent investigation should be conducted into the claims that Australian navy personnel inflicted burns on asylum seekers he avoided the question and rejected the mistreatment claims.

The minister has yet to provide evidence that an investigation has been conducted into the incident.

Scott Morrison seems to have a problem with the press of any sort, instead of attacking the press he should be using the press, this guy is a rank amateur, god forbid, hasn't he learn't anything! 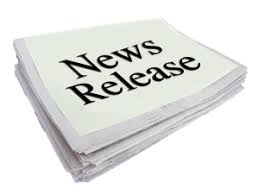 Wake up Scott, don't wait for the press, create the news first you goose.