QUEENSLAND.....This Law is an ASS

A FATHER who left the window down on his parked and unattended car on a scorching summer's day has been slugged with a fine that has left him hot under the collar.
He was visiting family in Brisbane's north on Sunday when he decided to leave two windows down "three to four" centimetres to let some of the hot air escape from the parked car, it was a 34C day.
He copped a $44 fine and a rap across the knuckles from police.
"It was 34 degrees so I left the windows down slightly so it wouldn't be boiling hot for my 3-year-old son when we got back in.
"I was trying to do the right thing…it's just what you do in Queensland."
He returned to the car about two hours later to discover the fine for an offence he had never heard of.
Under Queensland law, if a driver is more than 3m from their car, the vehicle must be "secured" with the engine off, hand brake applied, ignition key removed (if no one over 16 remains in vehicle) and windows up with a gap no more than 5cm.

So if you unlock your car by remote locking  3 meters away from it almost every person in Queensland is liable to be fined!!!

Perplexed by his fine, the Albany Creek resident attended the police station and spoke to the officer who issued the ticket.
"I asked him if he had any measurements and he said no…"he just told me he had an accurate eye."
"The officer said he had the window on video but told me that he didn't have time to show me."
The policeman suggested in future he leave "where he is half an hour early to unlock the car and let it cool" in the future.
Isn't this also illegal under the same law? 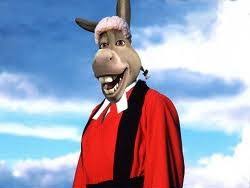