Some unionist are corrupt, surprise, surprise.
Corruption in unions ,yes, corruption in other walks of life, of course.

So what happens next.

The Coalition attacks all unionist and Senator Abetz refers to the '2001 Cole royal commission into the building and construction industry', which was nothing but a witch hunt that drew no conclusions.

I'm not suggesting for one minute that the latest revelations aren't alarming but using it to return to the Howard model is lunacy.

Senator Abetz's is suggesting that money was ''slushed around'' between unions and the ALP, given that the CFMEU was a donor to the party.
This is nothing but an attempt to attack the Labor party and to destroy the party.

I think the attempt by the government to draw a nexus between an allegation of crime and the way in which the party receives funds is a politically motivated effort by the minister.

This government hates unions and  it always has.'

The re-establishment of the ABCC, a body which removes peoples' rights at work and has no power to prosecute crimes, is an ideologically motivated threat to the rule of law of Australia.

Since the election, it has has been reported that the Abbott government will transform this enquiry into a broader royal commission on union "slush funds," that will scrutinise union officials and senior Labor politicians. This was before the recent allegations arose. 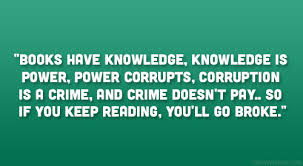