Vatican's answers are nothing but a cover-up as usual."It's none of our business", so they say.

“How can we address this whole systematic policy of silencing of victims?” asked committee member Benyam Mezmur, an Ethiopian academic. “There are two principles that I see are being undermined in a number of instances, namely transparency and accountability.”
Monsignor Charles Scicluna, the Vatican’s former sex crimes prosecutor, replied: “I am with you when you say that all of these nice words will not mean anything … if there is not more transparency and accountability on the local level.”
The Vatican insisted it had little jurisdiction to sanction pedophile priests.
“Priests are not functionaries of the Vatican,” Archbishop Silvano Tomasi, the Vatican’s UN ambassador in Geneva, told the committee. “Priests are citizens of their own states, and they fall under the jurisdiction of their own country.” 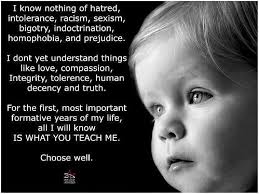 Wasn't the church meant to protect me?
Victims groups, though, called such a defence hollow given the clear directions Vatican officials for decades gave to bishops to not turn their abusing priests in to police and to keep the cases in-house and confidential.
at January 17, 2014