Truth is not a bowel complaint Tony
Tony Abbott doesn't ever put the lid down because he always has a case of to much truth to flush away.


Tony Abbott has said the closure of Alcoa’s Port Henry aluminium smelter was a result of “the carbon tax doing its job”, despite the company having explicitly stated the carbon tax was “not a factor” in its decision to shut.
In a press conference to announce the purchase of new military aircraft, the prime minister said: “We are all mourning the close-down of the Alcoa plant at Port Henry near Geelong, but I regret to say that is the carbon tax doing its job.
Alcoa said at the time of the closure announcement that the carbon tax – expected to be repealed later in the year – “was not a factor in the decision to close the Port Henry smelter or the rolled products business”. 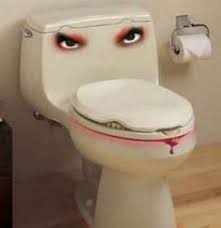