Badgery's Creek sent to the too hard bin again. Coalition wimps out as usual!

The need for a new airport at Badgery Creek has once again been delayed for no other reason than politics.

Yes an Australian government has once again baulked for political reasons because of the chance of loosing seats in the area.

Labor did, now so to has the Coalition, what sort of governments do we have federally, they are so alike it's an embarrassment, I thought that they were supposed to govern for all Australians, for the good of the country.

Fancy me thinking that, my god how naive is that, even though I am of slightly left persuasion I thought that this right wing government would bite the bullet and finally start building a second airport.

Sydney Airport has suddenly said it had enough capacity for the airport to remain as the only major airport in Sydney in the period up to 2033.

I wonder if the Coalition's mates at Sydney Airport have come up with this alternative after talking to the Coalition.

You can work in out, the may announce that they might be going ahead with Badgery's Creek but it's not going to be on their watch unless they stay in power until 2033.

Passing the buck is an art and they are becoming experts! 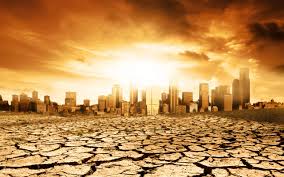 The Second Sydney Airport in the foreground
The year 2150