Charities watchdog to be abolished. Why, because Catholic charities hate the watchdog.

Social Service Minister Kevin Andrews, who by the way is a Catholic, is abolishing an organisation that Catholic charities hate.
A mere coincidence, maybe?

By Noel Towell : Edited : S W T Read
Shining a light on charities in Australia is long overdue, we all wonder at times how of our donations are actually spent on the end product and we also wonder how they become a charity in the first place.

The churches and thier affiliates have long had charity status, many of us ask why then are they allowed to make huge profits from the sale land, when this same land was given to them in the first place.

There is a need for more clarity in the whole process, if everything is above board why would the Catholic charities and others be opposed to oversight by an independent authority.


The Abbott government's decision to scrap the national  will remove this crucial oversight and could affect public confidence in the system.

Social Service Minister Kevin Andrews confirmed this week he would move to abolish the Charities and Not-For-Profits Commission, just as the agency released its first full-year results.
It has  received dozens of allegations of fraud and corruption in the nation's charities and yet Minister Andrews is about to abolish it?

Mr Andrews said the commission, which has been bitterly opposed by Catholic charities, would be replaced by a more voluntary approach to regulation, in other words they are going to police themselves.

Surely that's like putting the same chickens in charge of the chickens!

The commission has received more than 200 complaints in its first year of operation with more than a third of them alleging fraud, fund-raising scams or individuals using charitable donations to enrich themselves.


There are currently 55 cases open. Eight of these involve investigations of "serious matters," according to the commission's report.

Police have been called in on a number of cases. 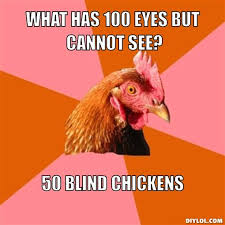